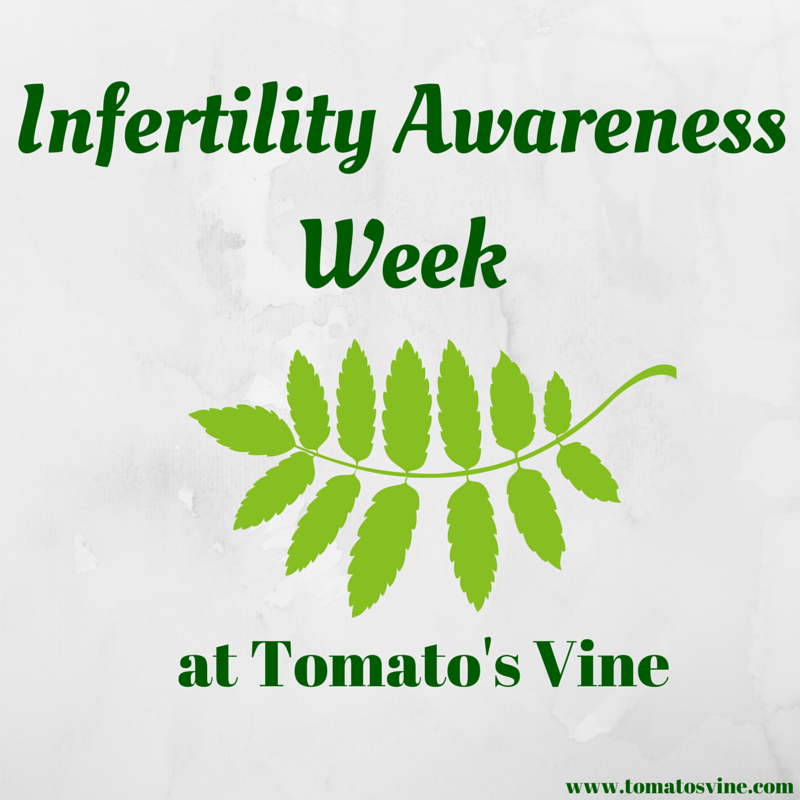 So, I've talked a lot about infertility this week.  I've got one last post before I'm done though.  I've done some thinking about what the experience of infertility has been for me over the last almost four years, and I've thought of some things I wish I had known earlier.  This may just be for my own satisfaction, but maybe it will reach someone earlier in their journey and help them out.  So here goes:

1. How Important NFP Would Be To Me

I've mentioned before, I was (very wrongly) informed that NFP would not work for me because  my cycles were irregular.  I heard this from my Catholic Ob/Gyn, who tried to push birth control at every visit. I heard it from friends who were practicing NFP themselves.  I was surrounded by a Catholic, NFP loving culture, and no one was able to tell me that NFP would work for me and could actually help me.  Granted it could have been that I wasn't listening or looking hard enough.  We didn't plan to avoid pregnancy, so I didn't see the point of learning NFP. Seems pretty silly looking back on it now.

Luckily, a few months into our marriage (when I was already getting impatient that we weren't pregnant yet) I found that the sympto-thermal method could help me track my crazy cycles. It took a couple more years before I learned about the creighton model system, and how it would show me so much more, and help my doctor with medical treatment.  I kind of want to sing its praises everywhere I go (and I kind of do).

Ok, this one is my fault.  Like I mentioned in my post on how I found NaPro, there were pretty big signs and breadcrumbs along the way letting me know about it... I just wasn't really paying attention. I mean, Dr. Hilgers spoke at my college graduation, I should've been highly aware of NaPro a way long time ago.  That would've been pretty nice too, I would have loved to have had a doctor who actually wanted to treat me and wouldn't even mention birth control earlier. At the very least, I am glad I found my doctor when I did, it has been life changing.  I know NaPro doesn't work for everyone, it hasn't even worked for me yet. But the knowledge and care of my doctor is so great, I would say it's 100% worth it, and then some.

3. To Take Comments With A Grain of Salt

I've mentioned before, I don't know any other people in real life currently struggling with infertility.  So a lot of people in my close circle of friends and family were pretty unaware of it, and what to do with or say to a person dealing with it.  That means I've heard a lot of insensitive comments, received a lot of unsolicited advice, and had some people just ignore the situation altogether.  I can't really fault them, before I dealt with infertility myself, I said some of those things you shouldn't say too.  Sometimes it's well meaning (which I try to assume), sometimes it's out of ignorance, and sometimes (though the minority I would say) it's just someone being malicious.  Some people will listen when you try to explain, some people will take some time to get there, and some people never will understand.  I wish I had known this earlier so I could've been more tough and not to let things effect me so much.

4. That There is a Supportive Community of Catholic (and Catholic Friendly) People

For the first three years of infertility I felt so alone.  I didn't know any one else in person dealing with it, and all the online communities I found were secular, with people touting IVF and other Artificial Reproductive Technology treatments all the time.  I remember when one of the bloggers I followed, after years of struggling with infertility, got pregnant with multiples through IVF, and then "selectively reduced" all but one, because she only wanted one child.  That was heartbreaking for me.  I ran away from that online community and never (well maybe only occasionally) looked back. Years later, when I was googling NaPro treatment, I found some catholic (and Catholic friendly) bloggers! And that led me to the Facebook group mentioned in this post.  It's such a beautiful and vibrant community, that is so supportive and full of faith.  I'm so much better for having found them all.  My only regret is that I didn't find them sooner. So seriously, if you've stumbled across this blog and are feeling alone, email me and I can provide you with information about it.  No one should be alone in this journey.

5.  That It Would Change Me (Both In Good Ways and In Bad)

For a long time I tried to avoid dealing with infertility and facing the emotions it caused, but eventually I had no choice, and that experience has changed the very person I am.  I fought against that change for a long time, but the fact is, change is inevitable.  Some of the changes have been negative: I am much more emotional (sometimes at the wrong times), I struggle with envy and anger more than I ever had before, and I have to fight against secluding myself in my own little bubble so that nothing offensive will reach me.  But there have been good changes too:  I'm less judgmental, more compassionate, more open about my feelings (yes, this goes on both lists).  I'm sure as this journey goes on I'll keep changing. It's a part of who I am and I just have to accept that.

6. That It Would Effect My Marriage

Infertility is hard on a marriage.  You can be sad, angry, confused, and hurting.  You are vulnerable, and sometimes it's hard to let another person see that side of you all of the time, at least it is for me.  I used to pride myself on being independent and reason based, and it was hard for me to face the fact that wasn't true all the time, that I might need someone else, and that sometimes my emotions get the best of me.  Sometimes in my frustration I have lashed out, sometimes our communication fails, and sometimes issues take months or years to work through.  But just trying to work through them makes us stronger.  And having the support of each other down this road has been invaluable.  My husband drying my tears when I cry, listening to me when I need to vent, being patient when the meds make me a crazy person, and even charting every night to take some of the stress off of me, makes me love him so much more than I could have imagined before.

7. That It Would Effect My Relationship With God

This has probably been the biggest effect of infertility.  I am a cradle catholic, born and raised in a catholic culture going to catholic school by fervent parents my whole life.  I knew the faith, and followed it, but sometime after college I lost my passion, I lost dedication to it.  I put my relationship with God on the backburner.  I went to Mass on Sundays, confession a couple times a year... and that was about it.  I didn't even pray often at all. I knew it wasn't right to make it such a low priority, but I had so much else going on.

Then the realization that we were infertile hit, though it was a little bit at a time. Somewhere in there I think there was a choice, be angry and bitter at God and reject Him, or cling to Him with all that I have because I knew I couldn't get through this alone.  Luckily, I was given the grace to go with the latter.  It's undeniable that this experience has tested my faith beyond measure, but also grown it beyond measure. Yes, I still get angry, I still struggle, I still ask why, but I try to trust and I try to accept (and keep failing and trying over and over again).  I still have a long way to go and a lot more I could do, but at least I'm trying.  My prayer life could always use work, but it's there, it's exists, and it's a daily thing! I pray the rosary along with a CD on the way to work almost every morning, which is kind of hilarious.  As a kid my Mom would always play rosary CDs and I hated it.  How dare I be forced to pray! My sister was shocked when she learned I had my own now, lol.  God works in mysterious ways and through mysterious things I guess.

So there you have it, those are the things I could think of that I wish I knew about sooner.  Anything you can think of?  Thank you for following along this week!