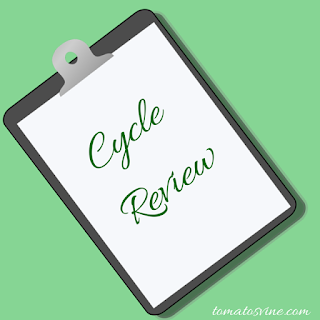 I can't believe its already that time again.  For a quick recap, I did everything the same as last cycle, except upped the clomid dose to 50 mgs and didn't take biaxin.  The cycle went okay.  I did get side effecty from the clomid again, I think I cried at least once a day for seven days in a row, but that's actually better than the last time I was on this dose (believe it or not), so I can't really complain.  I had a long pre-peak phase, and a short post-peak phase, so the opposite of last cycle.  I noticed that this cycle seemed to be pretty similar to all my anovulatory cycles, so I wasn't getting my hopes up.

My doctor's appointment today confirmed that this cycle was anovulatory.  My doctor is a little surprised at how resistant my body is being to clomid, even after the surgery.  My estrogen and progesterone are both low, and my testosterone is still high.  Oh, and my next cycle started already today, making my postpeak the shortest its been since July of last year.  Ugh.  Though in good news, my insulin level has come down to normal. We had added a couple new supplements this cycle (I really have to get that list up on here) and I think they might've done the trick.  I just wish that was having some positive effect on the rest of it. The doctor thinks we should give clomid one more shot then move on to a different treatment, but we aren't sure if we can do that (it's a more expensive route).  My doctor did say she was open to trying out letrezole again too, though she doesn't seem to think it will work.

I was pretty upset after the appointment, and for most of the rest of the day, though I'm starting to calm down now.  My mind made the jump from this cycle not working, to the next one not working, to surely we'd be out of options and at the end of the road.  I am realizing that I can't jump to that conclusion yet, and have to wait and let things play out as they will.  I've decided (for now at least) that even if the medicine fails for now, I can take some time off treatment to focus on losing weight, and then try again if I get my weight within healthy range.  That is somewhat comforting to me at least.

I am still worried that I'm in the relatively small percentage of people whose bodies don't respond to the surgery, but I guess it is too soon to know if that's true yet.  So far I've had one unknown (recovering from surgery), one good, and one bad cycle, that doesn't really say anything.  I'm mostly worried because of something somewhat silly. After I had the surgery, I have prayed that, if the surgery wasn't going to work, God be merciful and not give us false hope. I was feeling like not ovulating this cycle was God's way of letting me know things aren't going to work out, but I can't really make that call right now.

So we'll see how the next cycle goes.  If by some miracle my body decides to respond, maybe things won't be as bad as I think they are now.  If not... well we'll cross that road when we get there.