Ok, I know I'm late for seven quick takes, but I wanted to post about the roadtrip we took last weekend, so here goes:

What lead to it? I got a little antsy and decided I needed to drive somewhere, far away.  Last road trip we went on that was longer than a few hours was two and a half years ago, so obviously we were overdue.  I was first dead set on some longer options, but the Hubs wasn't exactly keen on the idea of driving 12-14 hours each way on a 3 day trip (yes, I am crazy).  So I decided on a 7 hour drive up the coast instead, and planned it over the last few weeks.  The poor Hubs got dragged along, under some protest, but he did have fun in the end.

Biggest takeaway from the trip?  My cell phone is homicidal.  Seriously, it took us on some scary routes, from a windy mountain "shortcut", curvy one lane roads with barely enough room for two cars, up and down steep hills in the middle of a city, and everything in between.  Next time, I'm plotting the route out on an actual paper map ahead of time, like we used to back in the stone age.  Lesson learned.

Also, I wasn't the biggest fan of nature either.  First of all, that whole getting dark at night thing is a real drag when you're unfamiliar with your surroundings.  The trip was planned to all take place during the day, but we hit some problems getting started (like having to turn back for my medicine) and ended up driving the last 2-3 hours after sunset.  Second, I learned a couple days before the trip that a big storm was on its way in, but I didn't let it deter me.  Yea... driving in the aforementioned dark while its pouring and you can't see the lines on the windy one lane road, no good.  Also unappreciated, random hail storm (which mostly had be worried about my paint) and pouring rain up a winding freeway (luckily the snow just stayed on the hilltops).  For someone who only drives about ten miles through the suburbs to work (my commute before that was a half a mile), it was quite the challenge, to say the least.  I told the Hubs I felt like the post office.. neither snow, nor rain, nor dark of night... lol

Destination one was Carmel, CA.  It was pretty great.  We stayed at a little bed and breakfast type place built in the 1920s, love the old charm. 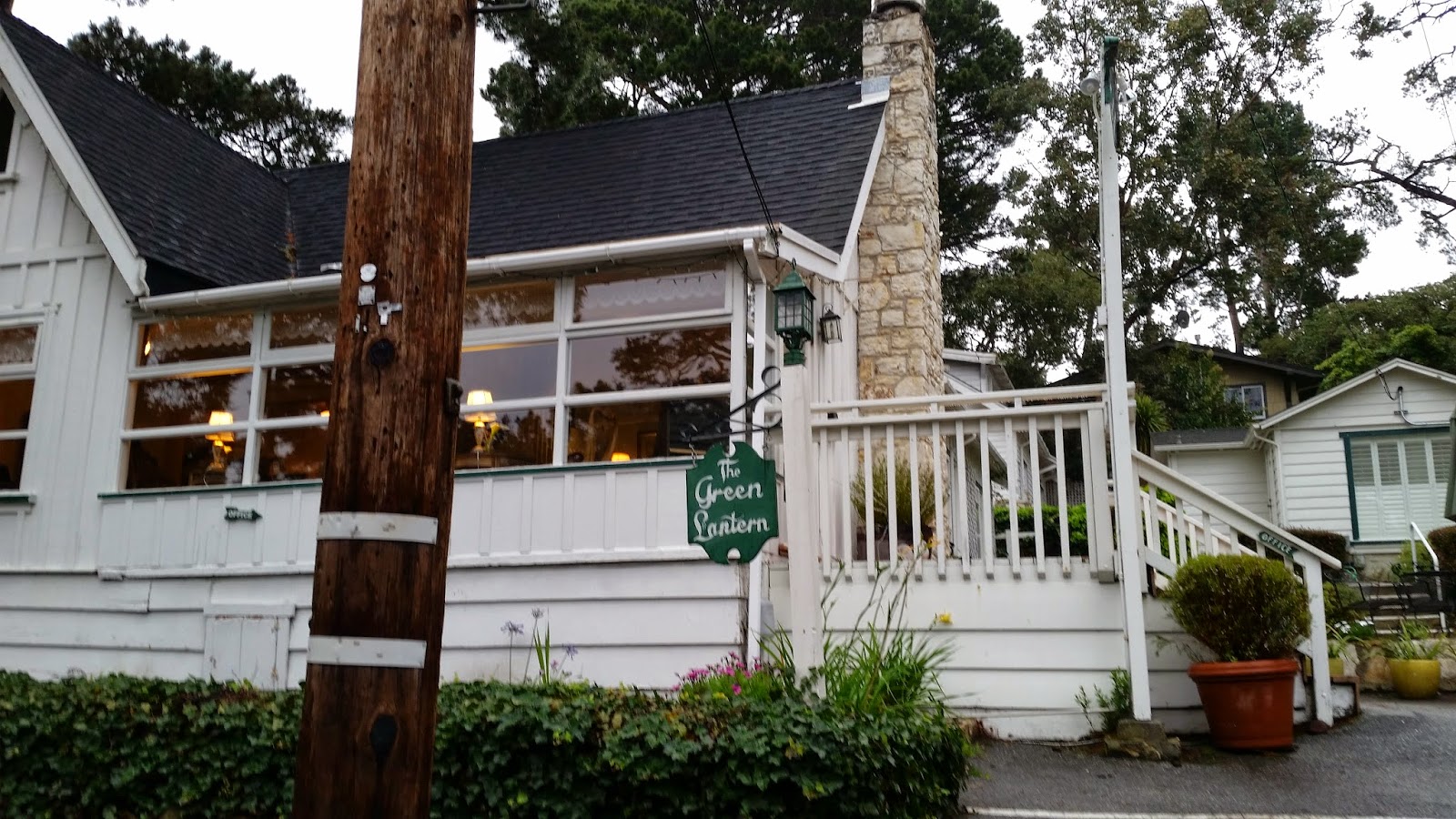 Unfortunately, we were a little behind schedule (see above) and rolled into town around 9 pm.  We scrambled (mostly unsuccessfully) to try to find food before the town essentially closed down at 10 pm, which it did.


At 10 there was only one place to go, the bar.  Yes, one bar.  It made for some great people watching.

The next day we did some sightseeing at the local mission. There are 21 missions that were built by Spanish missionaries in the 1700s (I believe) up the California coast.  Fr. Junipero Serra was a Franciscan missionary responsible for founding most of them.  You may have heard lately that the pope is planning on canonizing him on his visit to America, which is  pretty awesome.  So we were pretty happy that we got to visit the mission he was buried in.  It was really beautiful.


After the mission, we did some sightseeing, then were on the road to San Francisco!

The drive to San Francisco was pretty short, should've been 2 hours, but was 3 after some small detours and the blinding hail encountered.  There were some fun places we passed through that I totally want to go back to some day.  This town that claimed to be the artichoke capital (of the world)  and this one  that was pretty emphatic about garlic.  We also got off the freeway on the misleading exit of silicon valley road, where we did not see silicon valley, but did see this tumbleweed. 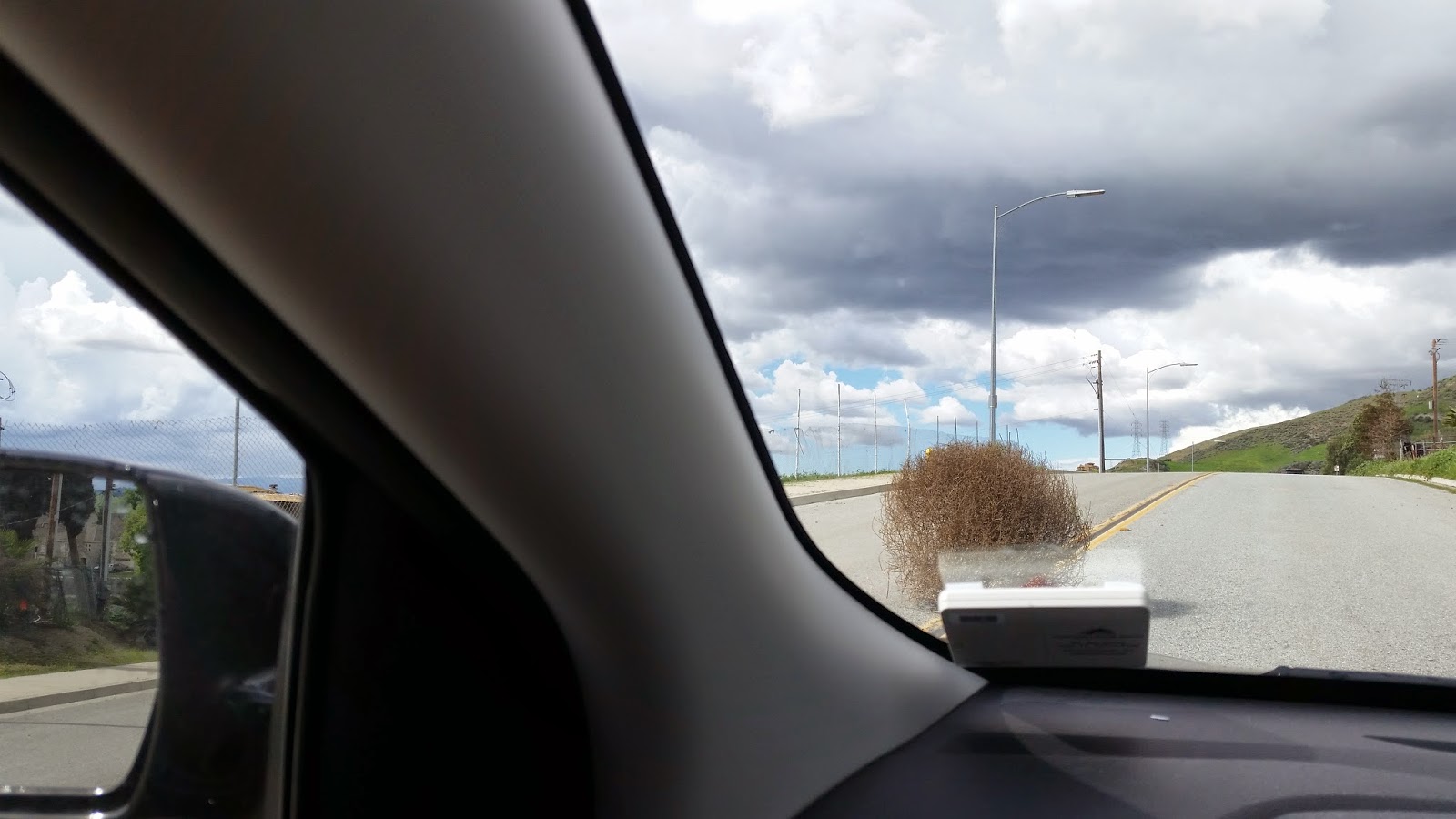 The Hubs did not understand my enthusiasm over seeing a tumbleweed, but I thought it was pretty cool.  To each his own I guess.

San Francisco!  (Not pictured due to terrifying ascent and descent of hills).  So much to see in so little time.  Although we couldn't make it to some of the big tourist attractions, like Alcatraz and China Town, we did get to some of my favorites.  We first stopped at a decently famous restaurant the pier for some sourdough bread and clam chowder (and dinner).  The ten minute wait turned into almost an hour, but it was worth it.  Next we walked down fisherman's wharf, checked out the pier, picked up some sourdough bread to take home (nothing better than sourdough bread straight from San Francisco).

Then we headed to Ghirardelli square for some chocolate... and ice cream. 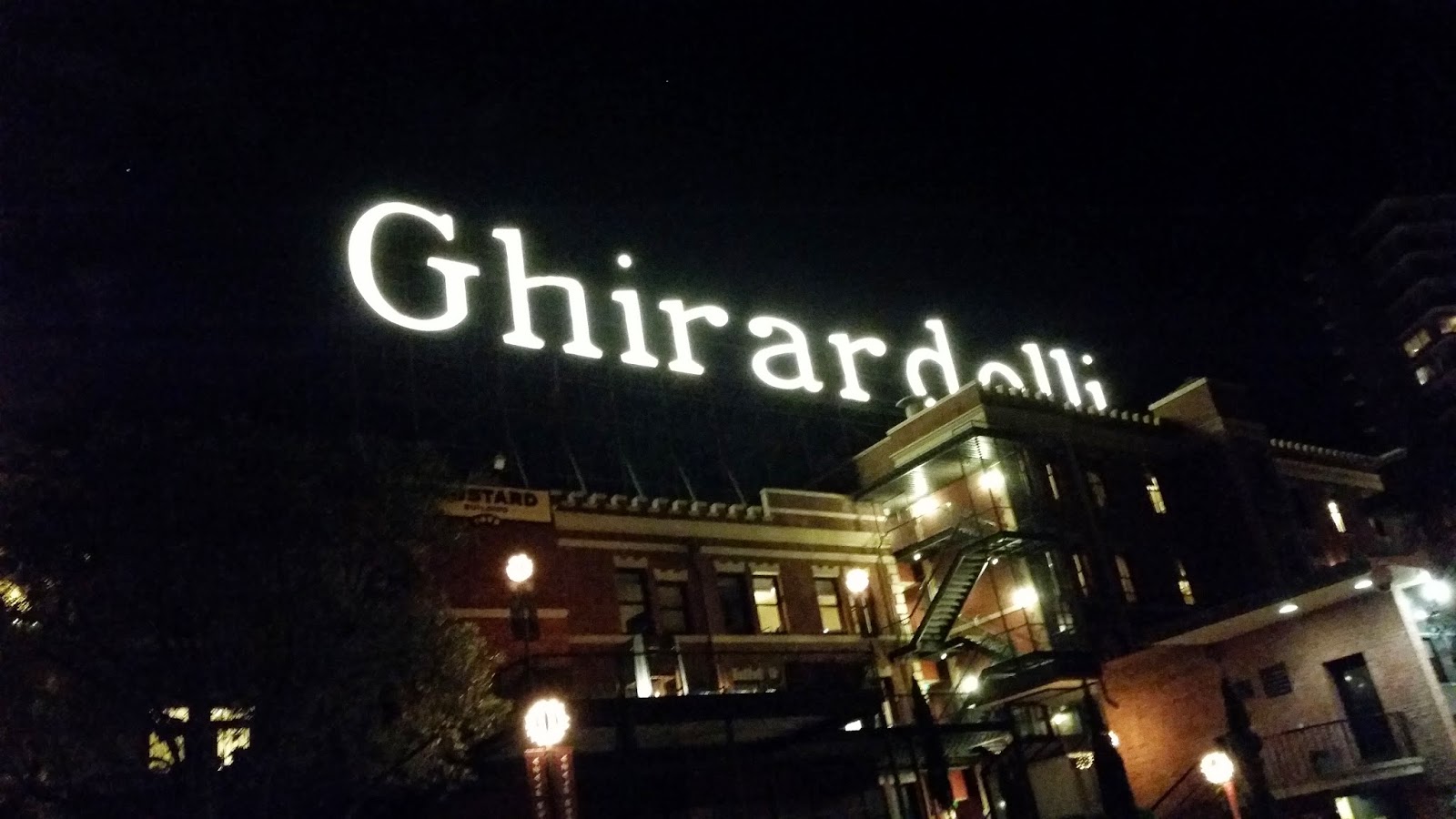 (Now are you amazed that I still managed to lose weight last week?)

After mass the next day we had to head home :(.  We did drive over the golden gate bridge and stop in a cute little town on the other side.

The rest was a mostly boring mostly straight 7 hour drive.  I think we heard every song on the radio at least 3 times.  Also, there was a big of an intense case of road rage on my part, which had the Hubs a little concerned, but I eventually got past it, lol.  I was definitely happy to finally get home!  Thanks for stopping by!  Hopefully next time I get by post done on time.

Head over to Kelly's at This Ain't The Lyceum for more!