I think the tone around here could use a little lightening up.  I hope this weeks 7 Quick Takes can do the trick!
--- 1 ---

So the first time I linked up, I mentioned that fall was taking forever to show up.  I think I mentioned somewhere else that I thought fall was finally here, that was a lie, it got hot again.  Its slowwwly getting cooler, but there's still 80 degree days here and there.  Seriously ridiculous.  I've been wondering if I'm just going (more?) crazy, considering the fact that I live in the same area that I was born and raised (I moved away for 6 years, but I've been back for a few), I should be used to this by now, right? Sooo, I checked online, and the weather has been consistently about 10 degrees or more higher than the average this year.  I'm not completely crazy, this year is warmer than usual!  With that confirmation, I've decided to give up on it ever getting cool. I'm just going to pretend its getting fallish/wintery anyways.

My absolutely favorite part of fall is apple pies. I was going to say apples or pies, but then I realized it isn't one or the other, its both together. I made my first apple pie in college with a friend... it was actually the first thing I ever baked from scratch(ish... I've never made a crust on my own).  Just in case you're wondering, this is my favorite apple pie recipe, though I do tend to add spices like cinnamon and nutmeg.  Mmmm cinnamon, my favorite spice.  I feel like I've added cloves too, but I'm not sure, its been a while. 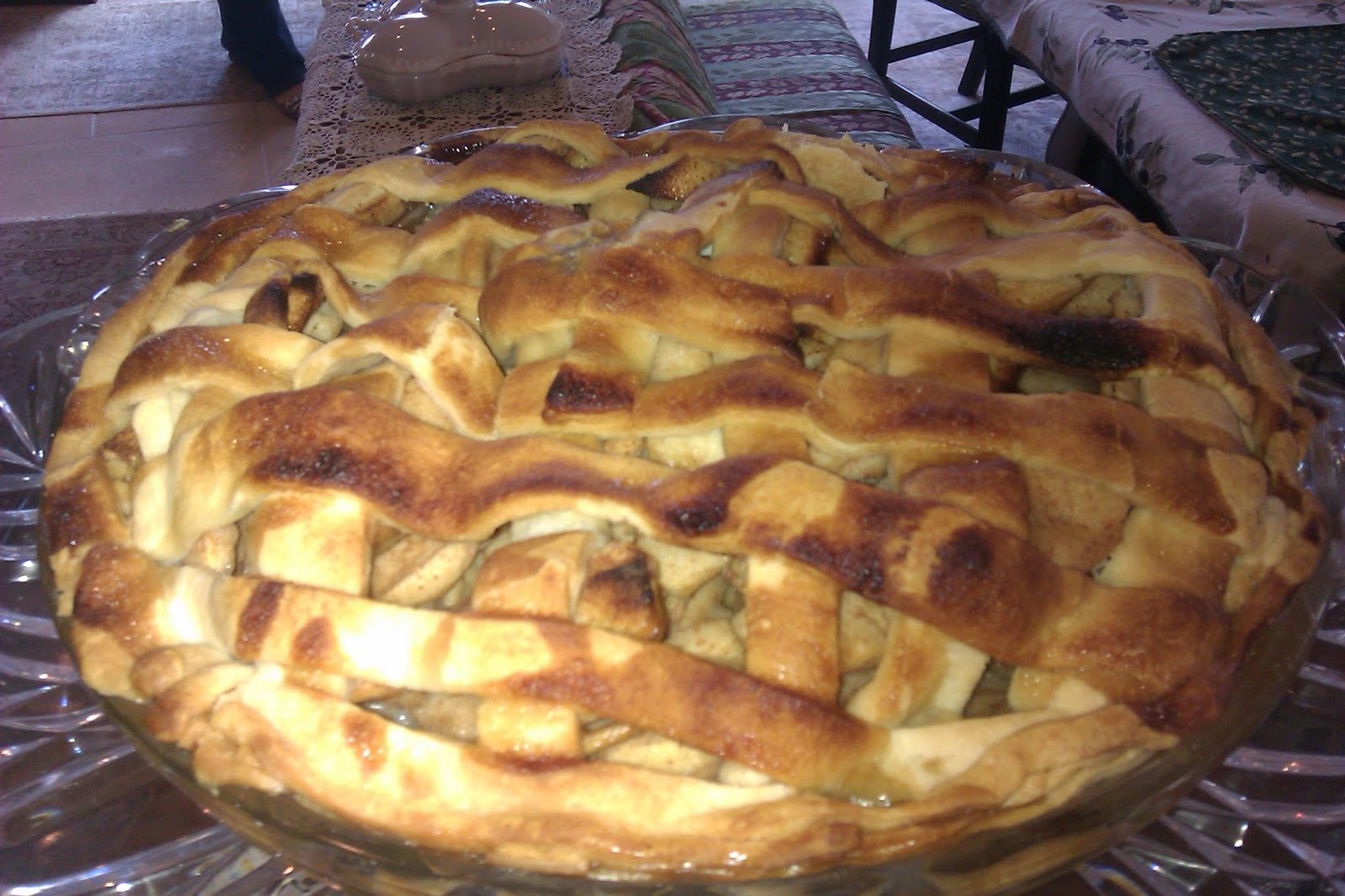 Speaking of apple pie, I made an awesome discovery this week.  I was having a sweet tooth moment and discovered the most amazing combination, apple pie and gelato!  I was thinking that it couldn't possibly taste as good as it sounds, but oh yes it does! If you're an apple pie lover, but not feeling up to baking one yourself, and also like gelato (who doesn't like gelato?) you should probably pick up some of this.

Another one of my favorite things about the change of seasons is fall/wintery clothes.  Over here in the land of sunshine, that means light sweaters and scarves mostly for decoration.  I finally got around to dry cleaning the sweaters that really needed it, but when I got them back, I discovered something super sad. My absolutely favorite sweater appears to have been a snack for some moths or something in the last year, it has holes everywhere :(.  Of course I realized this while wearing it at work... not embarrassing at all lol.  I haven't had the heart to check the others yet, but I have a feeling that it might be time to go sweater shopping.  Apparently I need to invest in some moth balls too?

Despite the lack of cooler weather over here, it looks like we might finally experience some elsewhere.  Next week we're heading to the other side of the country to visit my in-laws in New York. I've been checking the weather and it doesn't look like we'll be seeing any snow, but at least we'll see some sort of season changing. We haven't been over there in a couple of years, so we're excited to get back there and see the Hubs's family again.  The plans we've made so far consist of nothing but hanging out with family and Hub's best friend, so I'm looking forward to the fun and relaxation.

Related to the change of seasons is the change of liturgical seasons!  Advent is just around the corner!  I cannot believe its already that time of year again.  I'm not sure what we're going to be doing to participate in the season, but we did get an advent wreath.  Actually, we kind of accidentally ended up with two advent wreaths, one more traditional: 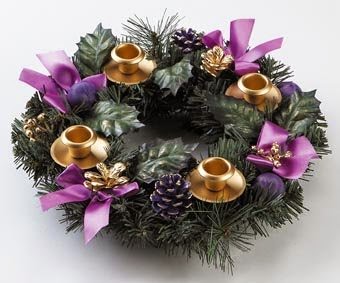 and one with a nativity 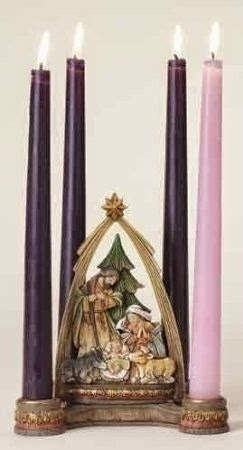 It had to do with a little mix up with the amazon account. You see, we recently got amazon prime and switched over to both using the Hubs's account instead of each having our own (I haven't figured out how that's going to work with Christmas shopping yet).  I have learned that the Hubs only puts things into the cart when he actually wants to buy them (such a strange idea), while I tend to put things I want to consider buying (but probably never will) in there.  So of course, when Hubs went to purchase some things, he just bought the stuff I had in there too.  Lesson learned, and now I have a wishlist instead, lol. I think I'm going to keep one and give the other as a gift, but I haven't decided yet.  I don't know which one to keep, they're both beautiful!

Speaking of advent, another blogger is hosting advent prayer buddies.  I absolutely love the idea, have signed up, and think you should too!