Today was day two of my first Blue Apron Box!  On the menu tonight was Chicken Sate with Peanut Sauce and Marinated Green Tomatoes.

Once again, started out with rice.  This time I managed to not burn it! Yay!


Next I moved on to marinating the green tomatoes, not incredibly tough: And then cooking the chicken:

Ok, I might've burnt the chicken a little bit, what can I say?  At this point, my one dog who is scared of cooking went and hid from the smoke in the corner.  The fact that I have a dog afraid of cooking might give you a better idea of my cooking skills (or lack thereof) haha.

Last I prepared the peanut sauce: 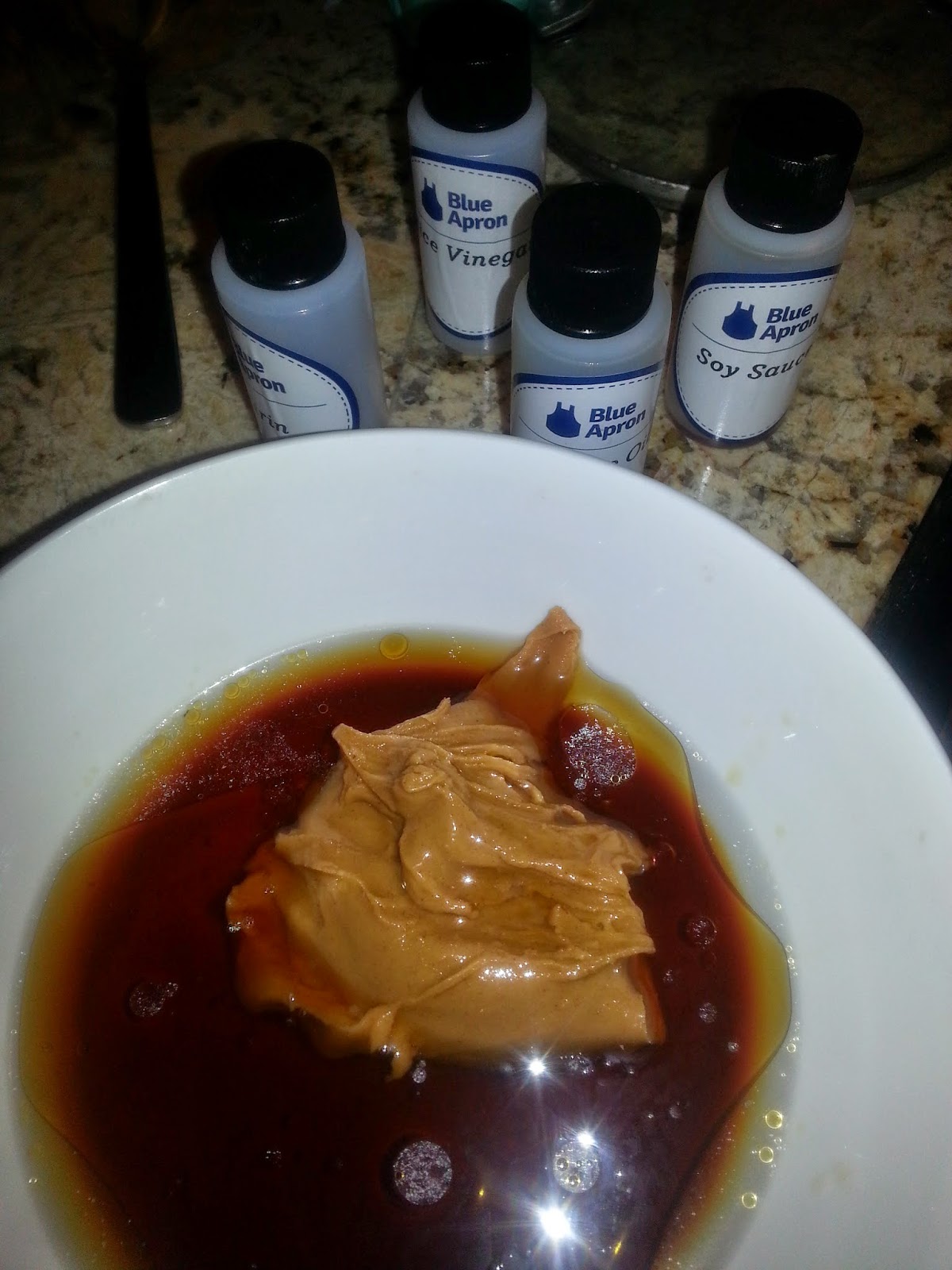 I know the picture isn't great, but I had to show the little bottles the liquids came in.  They're too cute, I just love them!  The sauce took a bit of whisking, and some worry on my part, but finally came together!

And here's the final product: 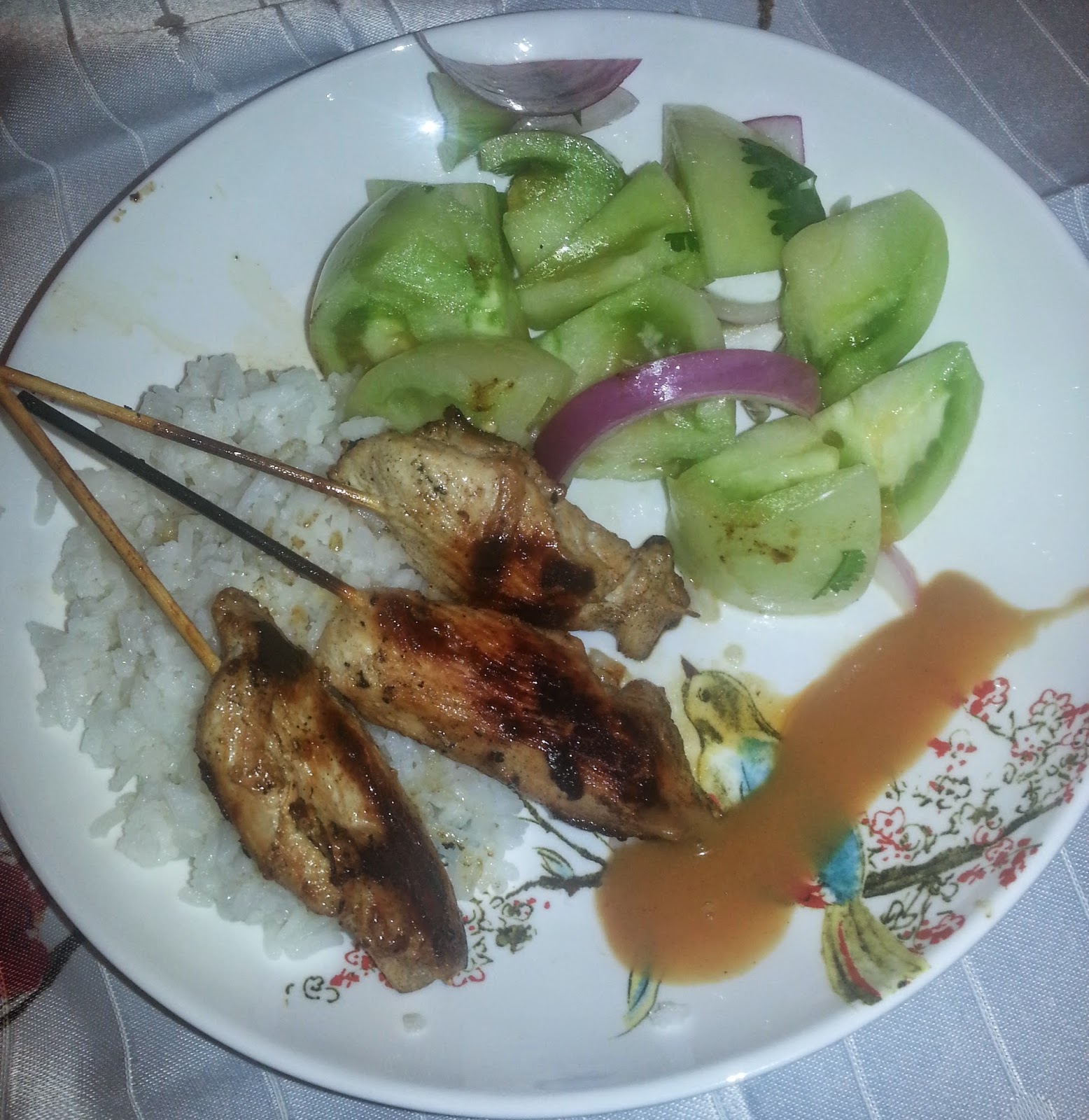 Not as pretty as the picture on the recipe card, but close enough for me!  And it was tasty enough to make up for it!  The rice was good, though I can't really tell the difference between this special(?) jasmine rice and normal white rice, or if there's supposed to be a difference?  The green tomatoes were... ok.  Honestly, I prefer my tomatoes big and red and juicy, not green and firm.  The hubs thought they tasted like apples... I thought they were just bland.  Still, it was interesting to try out something new.  And I'm definitely going to use the marinade, sesame oil and rice vinegar, on some salad in the future!

Last, the chicken.  It was a little dry, which was my bad, but AWESOME with the peanut sauce.  I loved that sauce, and the hubs did too.  I had no idea it'd be so easy to make. That's easily my favorite part of this experiment, leaning how to make things I never would have thought of trying.  Since I'm not super skilled in the cooking department I tend to stick to trying to learn the basics, but I like that this pushes me and expands my cooking horizons!

Well that's all I've got for this recipe. Tomorrow I'll be cooking the last meal!