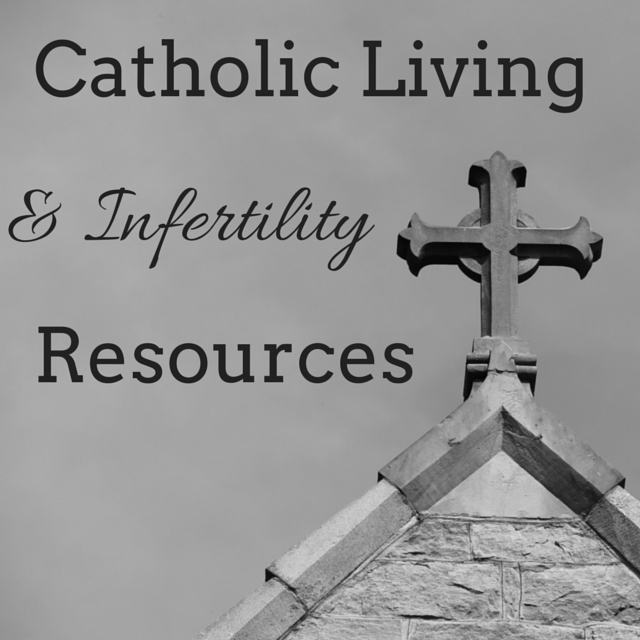 Catechism in A Year

Gospels in a Year

Saint Gianna Beretta Molla (Doctor/mother who suffered two miscarriages, and died for another child to be born) - Feast Day April 28

Saint Joseph: patron saint of the unborn and fathers

Sarah - thought to be barren, gave birth to a son in her old age


Catechism of the Catholic Church:


1660 The marriage covenant, by which a man and a woman form with each other an intimate communion of life and love, has been founded and endowed with its own special laws by the Creator. By its very nature it is ordered to the good of the couple, as well as to the generation and education of children. Christ the Lord raised marriage between the baptized to the dignity of a sacrament (cf. CIC, can. 1055 § 1; cf. GS 48 § 1).

1654 Spouses to whom God has not granted children can nevertheless have a conjugal life full of meaning, in both human and Christian terms. Their marriage can radiate a fruitfulness of charity, of hospitality, and of sacrifice.

2378 A child is not something owed to one, but is a gift. The "supreme gift of marriage" is a human person. A child may not be considered a piece of property, an idea to which an alleged "right to a child" would lead. In this area, only the child possesses genuine rights: the right "to be the fruit of the specific act of the conjugal love of his parents," and "the right to be respected as a person from the moment of his conception."170

2379 The Gospel shows that physical sterility is not an absolute evil. Spouses who still suffer from infertility after exhausting legitimate medical procedures should unite themselves with the Lord's Cross, the source of all spiritual fecundity. They can give expression to their generosity by adopting abandoned children or performing demanding services for others.


“Sterility neither prohibits nor nullifies marriage, without prejudice to the prescript of⇒can. 1098″ -Canon 1084.3.

Donum Vitae (The Gift of Life), Instruction on Respect for Human Life in its Origin and on the Dignity of Procreation: Replies to Certain Questions of the Day, Joseph Cardinal Ratzinger as Prefect of the Congregation for the Doctrine of the Faith